Young, tech-savvy and flourishing – this is how you can describe the Latin American ecommerce market.

Being the fastest-growing ecommerce market after China, Latin America sure takes the world of digital shopping by storm.

To give you some perspectives, in 2016 126.8 million people were shopping online in Latin America.

The latest forecasts predict that in 2019 155.5 million Latin Americans will be buying goods and services from the web.

The age of digital commerce is making Latin America one of the prime targets for ecommerce retailers. 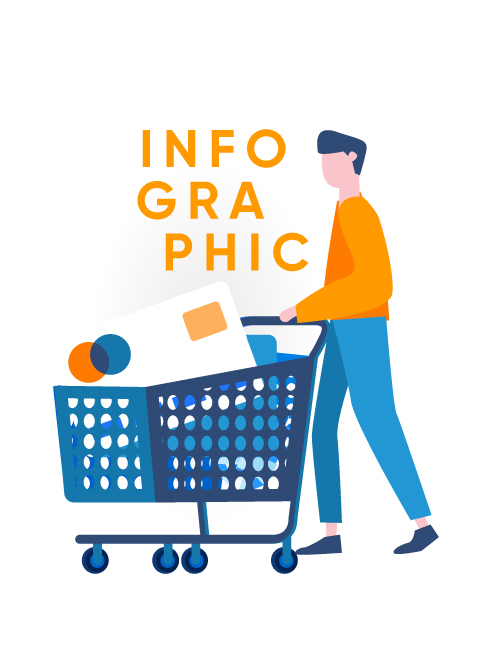 Get the FULL Infographic

How many Latin Americans shop online? What are the best selling products in Latin America? And what the local ecommerce markets are like?

Check out the comprehensive infographic below so you can have a closer look.

You should also read: “The Room for Mobile Retail Growth in Latin America”

Facts about Ecommerce in Latin America (per country)

Being the Biggest online market in Latin America, Brazil is undoubtedly the ecommerce heart and soul in the region.

Accounted for 6.36 billion USD in 2016, the online fashion sales are projected to grow over the next few years.

Brazil accounts for 9.4% of the global beauty products market share and even ecommerce giant Amazon decided to focus their efforts in Brazil on Beauty sector.

Electronics and Media is the second most popular category, which generated over 5 billion dollars in sales in 2016 alone.

Being the home to 37.9 million e-shoppers (which is almost twice the population of Australia), Mexico is definitely one of the most dynamic and booming ecommerce markets in Latin America.

Fashion and Beauty segment is likely to outrun the Electronics by the year 2020 and generate $4.9 million of ecommerce revenue.

Because Mexican e-market considerable promise of growth, online giants like Amazon, Best Buy, and E-Bay are all investing in local ecommerce like crazy.

As the world is switching from brick-and-mortar retail to online stores, so is Argentina, leading to a great ecommerce potential.

In the 2017 year alone, 96 million goods were bought online.

The top-selling ecommerce category in Argentina is tourism. 28% of all the local ecommerce sales account for traveling and tourism.

The second biggest ecommerce category comes as a surprise to many online merchants. As of mid-year 2018, the Toys, Hobby & DIY market segment has generated US$1,735 million in sales.

Because of the rapid technological and economic development, the ecommerce market has more than doubled in Chile over the last five years.

In 2017, Chilean ecommerce market grew by 20% and is likely to reach $ billion by 2020, according to the  Santiago’s chamber of commerce.

Currently, there are more than 15 million Internet users in Chile, and 1/3 of them are online shoppers.

Personal electronics like smartphones, tablets, and computers is the market’s largest segment in Chile, in 2017, electronic products sales reached $800 million, a vast portion being sold online.

In 2017, there was a  3.1% increase in the overall sales of beauty products in Chile and the numbers expected to raise even more in 2018.

The Colombian ecommerce  Market is still in its childhood in comparison to other Latin American countries, but it is a fast-growing market.

The local ecommerce market is worth approximately $2.53 billion.

The most popular ecommerce goods among Colombian e-shoppers are Fashion and apparel products, Electronics and food, according to  Observatorio de Compra Online from the Cámara Colombiana de Comercio Electrónico in 2016.

The top products among Peru’s ecommerce shoppers were electronics goods in 2016 and 2017.

In 2017, approximately 31 million Peruvians searched online for a phone, tablet, or a laptop. 38% of all the ecommerce purchases in Peru were accessories and apps.

30% of Peruvian e-buyers shopped for clothes and shoes.

Being a small Latin American country of only 16 million people, Ecuadorian ecommerce is still poised to grow at exponential rates. Unlike most Latin American nations, Ecuador has the US dollar as official currency, which makes international e-trade easier for locals.

Out of 5.7 million Ecuadorians shopped online in 2016.

Almost 98% of all of the ecommerce goods purchased by Ecuadorians comes from foreign sites.

63% of Bolivian e-buyers shop purchase electronics through the web.

58% of buyers got to the Internet to buy info products like apps, games, music, and movies. Another 53% use e-platforms to pay for the services.

Get the FULL Infographic