Article written by Angelica Mari and originally posted at Forbes.

E-commerce is expected to gather pace in Latin America in the next few years and Brazilian online payments fintech EBANX wants to capitalize on the trend, by bridging the transactional gap between international businesses and consumers in the region. 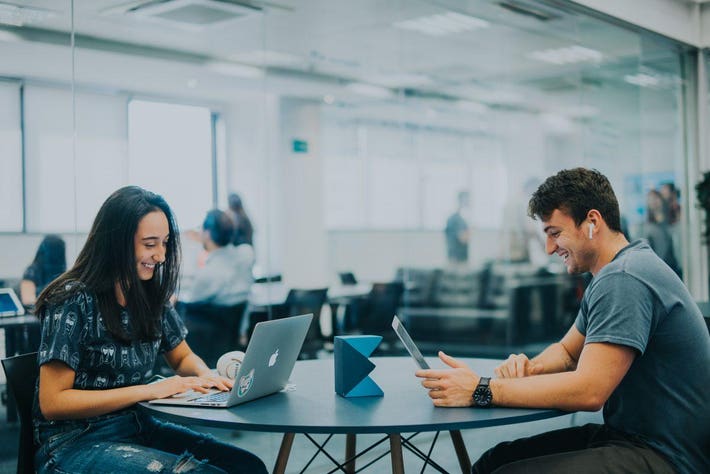 EBANX connects more than 500 global merchants to those without access to traditional financial services.

Retail e-commerce sales in the region will see a year-on-year increase of 5.1 percent to $1.9 trillion in 2018, making Latin America the world’s fourth largest retail market, according to research by eMarketer. Sales through the online channel will continue to rise, reaching $2.354 trillion by 2022.

However, a large chunk of potential digital buyers in the region are excluded from traditional payment methods: according to the World Bank, almost half of Latin America remains unbanked. In countries such as Brazil, the region’s largest market, 40 percent of bank account holders are credit blacklisted or have limited access to financial products and services – including a credit card that is valid internationally.

Not having an international credit card doesn’t necessarily mean consumers don’t have the cash to spend: according to statistics from the Brazilian Central Bank, about 30 percent of the local workforce gets paid in cash. The numbers suggest that access to financial products in Latin markets such as Brazil did not keep up with local e-commerce growth – and that’s something EBANX wants to address.

By providing a B2B platform that accepts debit and credit cards that are valid nationwide in addition to the boleto – a barcoded payment slip referring to a purchase, which can be settled at payment points such as lottery shops, supermarkets or any bank branch – EBANX enables consumers in countries such as Brazil to buy from any international online business, even those who do not have access to formal credit or a bank account.

Back when EBANX started in 2012, the Brazilian cross-border payments market was largely dominated by large players such as Visa and MasterCard. This created limitations not only to consumers wanting to buy globally, but also international companies wanting to tap into the Brazilian e-commerce market.

“There was an unmet demand for a payment platform when we started and we just didn’t know how large that demand was. Companies from the US and China approached us asking how they could take payments with boletos, as their clients were asking for it and they didn’t even know what that was,” says João Del Valle, the startup’s chief operations officer and co-founder.

“We then created a plug-in answer to that issue, by enabling an API integration to their websites whereby we take payments in Brazil and pay merchants in a seamless, fully-compliant manner,” he adds.

EBANX then started closing deals with smaller companies to enable cross-border payments, but the real breakthrough came in 2013 when Chinese e-commerce giant AliExpress came on board, trebling its business volume in Brazil after the adoption of the startup’s payment platform.

The AliExpress partnership was a graduation of sorts for the Brazilian firm, who suddenly had to deal with a 20-fold increase in transaction volume through its systems. This prompted the founders to rethink the company structure and get ready to scale. Today, the startup serves more than 500 international merchants and processed $1.2 billion in transactions in 2017 alone.

However, the initial need to ramp up operations didn’t translate into immediately having to chase investment – it was not until much later, in January 2018, that the company raised about $30 million in growth equity from FTV Capital. That careful attitude, according to the COO, helped shape much of the company’s culture: “We bootstrapped from the beginning, but we were profitable six months after launching.”

“We are an outsider in the Brazilian entrepreneurship scene: we don’t know what cashburn is, as we were always believers in organic growth,” the founder points out.

After AliExpress, the floodgates opened and EBANX became the payment gateway of various other international businesses operating in Brazil, including Spotify and Airbnb. 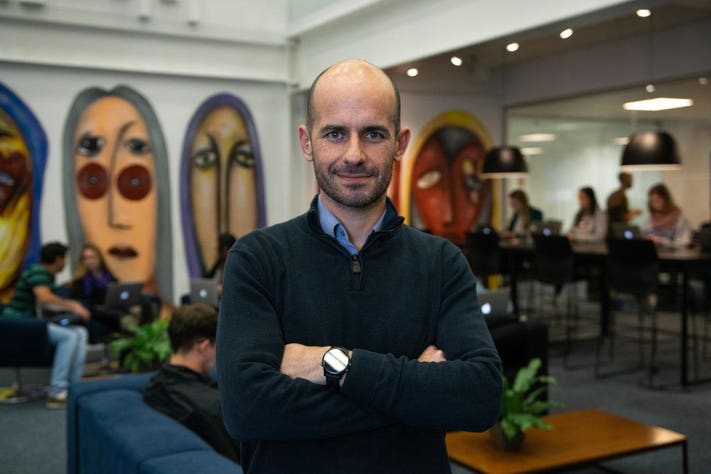 João Del Valle, EBANX: “We have to be able to defend Brazil to potential customers. ISIS OLIVEIRA.

Despite the progressive growth of the business and the overall cautiousness of its founders, the startup then decided to expand into other Latin American markets and launch offices in Mexico, Montevideo and London.

One of the current priorities for the company is to boost its merchant base in the United States: “Our product is very useful to US merchants, so we will expand our presence there, without losing sight of the other regions.”

To support EBANX’s global expansion goals within the B2B space, a chief commercial officer has recently been hired to head up a soon-to-be-launched New York office that will centralize efforts to expand the company’s reach into North America, Asia Pacific and EMEA.

The startup also has ambitions to expand its business into consumer products. This started with the 2015 launch of EBANX Account, a digital wallet used to track payments and refunds made via the platform and make purchases via a prepaid virtual card.

Having recently secured an e-Money license from the UK’s Financial Conduct Authority, the startup is now gearing up to expand its presence in the B2C space, with new offerings to be launched in the next few weeks. While the EBANX Account is geared at online shoppers, Del Valle hints that the firm will now target other end consumer segments such as international travelers. He says:

“We want to make international financial transactions a lot simpler and accessible to consumers than they are today – there are many options for us to explore in that area.”

The move into consumer services is part of EBANX’s plan to become a financial ecosystem, says Del Valle, with a group of institutions enabling international companies to increase their business within the region and also helping consumers “be part of the global financial system.”

Beyond Brazil, the opportunity to connect consumers and businesses can be found in other Latin American countries. Most emerging economies have the same issues around payments and have high percentages of unbanked consumers, says Del Valle, adding that Mexico is the company’s second largest market, given its scale and maturity, followed by Colombia, Argentina and Chile.

“Mexico has been growing at a steady pace and in 2017, e-commerce there had higher growth rates than Brazil, so we are focusing a lot on our local operations there, but we also invest in other regional markets – we end up being a Latin America salesperson of sorts.”

Despite the current instability seen in Latin economies such as Brazil, Del Valle says that he focuses on delivering a positive message and the potential of his home turf to merchants who still don’t transact in the region:

“We have to be able to defend Brazil and explain to prospects why they need to invest here, right now. Local e-commerce still grows faster than the rest of the world, whereas the US and China markets are very crowded and slowing down, so we present Latin America as a great investment opportunity,” he argues.

“One of the arguments is around online marketing investment: when compared to the US, Europe or China, the cost of a word can be up to 50 percent less in Brazil or Mexico. Of course, there are macroeconomic issues in the region, but it is still very worthwhile to invest here.”

EBANX is often cited in the local media as being one of the most promising Brazilian startups, but when asked whether the company’s market value is close to exceeding $1 billion, Del Valle is keen to dispel the hype:

“Let’s create the value of the business and talk about valuation later. Our core business already has a lot of value, but the idea is to have satellite business models that are just as solid,” he says, alluding to the financial conglomerate the startup aims to build.

As the Brazilian fintech aims to take on the world, wouldn’t it be beneficial to drop into the commercial pitch that it is one of the few Latin American unicorns? “Maybe we can be a future unicorn, who knows. We certainly aim high in terms of size. In payments, you have to be big, because small players just tend to disappear.”